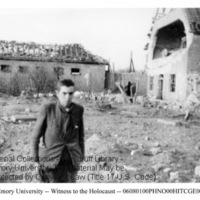 A male survivor stands in front of building ruins 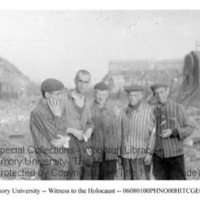 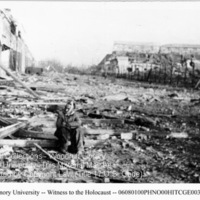 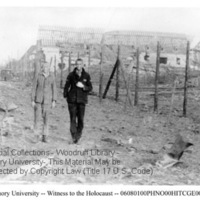 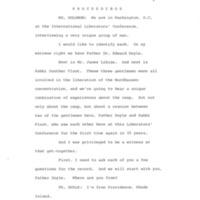 Content Note: Transcript of a video recording. The three interviewees served with the 104th [Infantry] Division as chaplains and witnessed the liberation of Nordhausen. Livesay was a PFC in Company A, 413th Infantry Regiment. Doyle was a Catholic Chaplain and captain. Plout was a German Jew who was naturalized prior to joining the Army. Location of interview: Washington, DC (International Liberators' Conference).